This week’s blog comes with sad news: the recent passing of Murdo MacIver, a pillar of Vancouver’s Scottish community. Through her research and numerous visits to Vancouver, Marjory Harper of the University of Aberdeen came to know Murdo very well and so she offered to write an obituary to celebrate his life. Murdo will be sadly missed by all of us but I hope we can all remember his spirit and laughter in our hearts, always.

The passing of Murdo MacIver on April 27 leaves an enormous hole in Vancouver’s Scottish community. Murdo was a mainstay of the Gaelic Society of Vancouver and an enthusiastic supporter of Simon Fraser University’s Centre for Scottish Studies. His oratorical skills, and the fascinating story of h 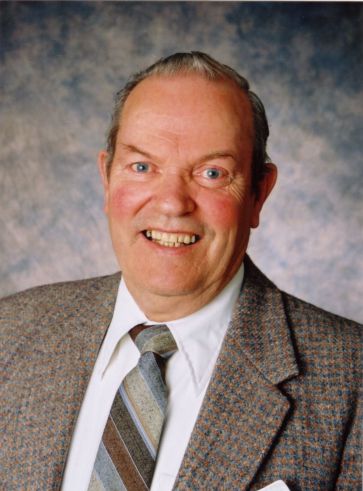 is life, made him a star contributor to the Centre’s Oral history project, “Scottish Voices from the West: The Story of the Scots in Modern British Columbia”, for which he was one of the earliest interviewees.

Murdo was born in 1932 in Arnol, a crofting township on the west side of Lewis. Like many islanders, he joined the Merchant Navy, and spent four years sailing the seven seas. In 1953, he found himself in Vancouver literally by accident, when an old back injury flared up and he was hospitalised for surgery. By the time he recovered his ship was long gone, but he had fallen in love with Vancouver and took steps to settle there. He was able to find work with the help of a Highland network which included an Inverness-born emigration officer and the Oban-born personnel manager of a local shipping company. Murdo worked with Straits Towing for two years hauling barges etc. on the British Columbia coast as far north as Alaska. He then embarked on a thirty-seven year career with the Vancouver Fire Department, that saw him rise through the ranks to the post of Battalion Chief. Twenty-seven of those years were spent working as Pilot on Vancouver’s two fireboats.

His social life, meanwhile, revolved around the Gaelic Society of Vancouver, where he met his wife Mary, an emigrant from Acharacle, a village in the Lochaber district of the Highlands. While they were both proud of their adopted land, Murdo and Mary – both native Gaelic speakers – were equally committed to maintaining their Highland culture and heritage. Over the years they made several visits back to Scotland, and Murdo, who was widowed in 1994, continued to return to Scotland to visit many relatives and friends and always to Arnol to visit his sister until her passing in 2011.

It was in order to explore his life history further that I was first put in touch with Murdo, with the help of Ray Eagle, another stalwart of the SFU Centre. In December 2007 we spoke at length on the telephone, a fascinating conversation in which Murdo captivated me with his vivid recollections of growing up on the isle of Lewis, his early career in the Merchant Navy, his emigration to Vancouver, and his involvement with the city’s Gaelic Society, including three stints as Chief.

The greatest pleasure of engaging in oral history is the opportunity it affords to meet individuals with enthralling stories and engaging personalities. Murdo was a wonderful example of both those attributes. On two occasions, in 2012 and 2013, I was privileged to spend time in his company, when he welcomed me warmly to his home, and – in a Hebridean accent that had not been eclipsed by more than half a century in British Columbia – delighted me with more stories from his encyclopaedic memory. We have also enjoyed a number of long-distance phone conversations, and I was looking forward to seeing him on my next visit to Vancouver.

A natural seanchaidh (story-teller), as well as a bard and precentor, Murdo had the ability to draw his audience into the experience he was describing. That might be the Arnol ceilidh-house of his childhood, or his first trip to the interior in 1954, when he encountered fourteen fellow emigrants from his home village living between Procter and Trail. His knowledge of genealogy was phenomenal, and he was equally at home recounting vicarious emigration narratives, not least the story of his father’s cousins, who bought a hotel in Nelson around 1900, and his uncle Donald, who, after joining them in 1909, left BC for the USA three years later, worked in Idaho, Montana and the Nevada silver mines, and then became “one of the first people that drilled for oil in Amarillo, Texas, in 1917.”

Murdo told me how, as a young child, he had acquired a global geographical knowledge by listening to homecoming emigrants who visited his parents’ home in Arnol. “It was a great place to grow up”, he recalled. “Everybody knew one another and our house was the centre of the village and there were ceilidhs there every night from Monday to Saturday. And I heard all the stories from Canada, Australia, South America, The Falklands, South Africa.… And I heard about the Kootenay Lakes and the coast of British Columbia when I was five, six, seven, eight, nine, ten years old so I felt quite at home here from the first day I landed here, and I have not regretted even for two minutes that I came here.”

Murdo was a “people person” who enjoyed life and appreciated its blessings. His recollections have provided me with rich seams of fascinating personal testimony which I have used in several publications and presentations. But I am grateful to him not only for the interviews that he so kindly granted me. I was privileged to enjoy the hospitality of a true gentleman, and my recent visits to Vancouver were greatly enriched by my visits to Murdo’s home. His legacy goes far beyond an archive of superb oral testimony. More importantly, he exuded kindness, generosity and an unfeigned interest in others that will leave a lasting impact on those with whom he came into contact.