Kaitlyn MacInnis is a former student in the Department of History at SFU. She normally focuses on Britain, but working as a Research Assistant for Dr. McCullough has afforded her the opportunity to learn more about settler colonialism on the Indigenous lands where she was raised. With broader public discussions of renaming focused on powerful and overtly heinous colonisers, she wanted to explore a more mundane example of settler commemoration through naming.

With lifted arms let’s seize our toil-right,
We’ll take it, wear it, ‘tis our own.
[. . .]
Then when retired and freed from labor,
Triumphantly we’ll tread the plain,
Then Fortune’s pencil shall be waiting
To write our names in book of fame.

–From “The Path Before Us,” in the newspaper published on the ship carrying the Columbia Detachment of the Royal Engineers from Britain[1]

John Linn was likely born in 1815 in the small parish of Corstorphine, just west of Edinburgh. His training in stonemasonry allowed him in 1846 to pursue broader horizons through enlistment with the Royal Sappers and Miners, an elite corps of the British Army often deployed in civil as well as military building work, which was absorbed in 1856 into the officer corps of the Royal Engineers. It was while stationed in Halifax as a Sapper that Linn met his wife Mary Robertson, originally from Broadford on the Isle of Skye.[2] 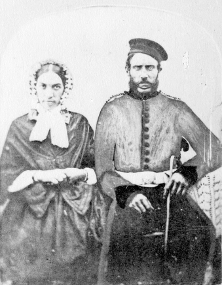 In 1858, Linn volunteered for the Columbia Detachment of the Royal Engineers, sent to secure the new colony of British Columbia in the chaotic outset of the Fraser River Gold Rush.[3] Mary gave birth to the couple’s first child on the voyage over; five more children were born at the Sappers’ barracks in New Westminster. When the Columbia Detachment was disbanded in 1863, Linn took his discharge, “determend,” in his words, “to make a home in this coloney [sic].”[4] In 1869, a military grant allowed the Linns to move onto 150 acres on the north shore of what is now called Burrard Inlet. John died of a stroke in 1876, and the family left the land around 1891. The creek by which they had homesteaded, through variation of spelling, came to be called “Lynn Creek,” and with expanding settlement the name was also given to the community of “Lynn Valley” and the popular recreation sites of “Lynn Canyon Park” and “Lynn Peak.” 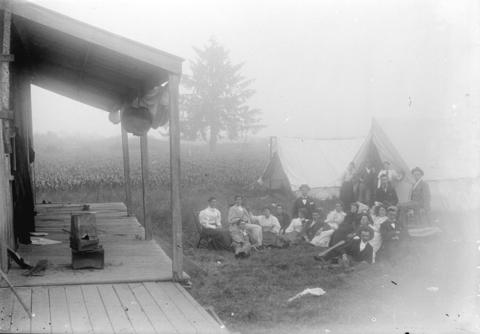 [Image 2] Group assembled outside tents at Linn’s Cottage at Lynn Creek [1896?]. After the Linn family left, the land was used recreationally by settlers.

This outline of the lives of John Linn and his family has been rehearsed many times, and further details can be found in in the sources cited below. The familiarity of the Linns to locals, and the reason so much is known about them, has to do with their place, with many other Scots, in the pioneer or frontier mythology of what is now called British Columbia, which “celebrate[s] the ‘discovery’ of the ‘empty’ land, the arrival of settlers, and the establishment of colonial society.”[5] As the settler origin story, pioneers often signify the effective beginning of history in settler memory—forgetting the people who were here since before human memory, and who are still here. 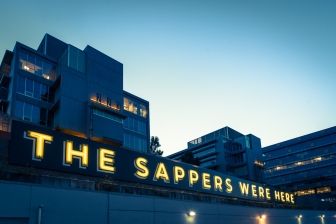 [Image 3] Commemorations such as New Westminster’s “The Sappers Were Here” sign perpetuate the settler-colonial narrative. Photo by John Sinal.

Although they have faded into the background somewhat, settler memory has romanticised the Sappers as quintessential pioneers. They transformed land with military proficiency, making settlement and exploitation possible for others; they salved the paranoia that brewed on a far-flung frontier of the British empire; and, crucially, most of them became settlers themselves.[6] The great attractions of volunteering for the Columbia Detachment were the promise of land belonging to Indigenous peoples, and the ability for men to bring their families. Settler women and children were seen as crucial to the process of colonisation,[7] and the Sappers were exactly the sorts of settlers the administrators of this outpost of empire needed to secure the land as a British colony—all or most of them were committed British imperialists, and they provided an ongoing professional military presence without the ongoing cost, whether to guard against external threats or to stamp out First Nations’ resistance. The story that John Linn “made his peace with” the people whose land he “seize[d]”[8] fits into a common Canadian frontier myth of “conquest through benevolence.”[9] Whatever occurred on an interpersonal level, however, as a Sapper he literally laid the groundwork for the violent processes of dispossession on a grand scale that characterise the history, and the present reality, of British Columbia. 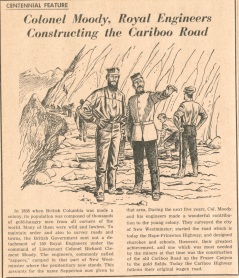 Namesakes such as the Linns are staple features of pioneer mythology, as “naming and the documentation of names are central to settler belonging to the land.”[10] In British Columbia, as in many places colonised by the British, Scottish names are prominent. While Scots have often been portrayed in popular memory as unwilling emigrants, traumatised by separation from home, much of the time they, like John Linn, were simply chasing opportunity. Far from being forced to abandon what they loved about Scotland, as agents of the British empire Scots were often in a position to remake distant places in Scotland’s image.[11] Naming was one part of this colonising project.

One early settler historian who wrote about the Linns was anxious that the memory of local pioneers “should not suffer the fate of eternal oblivion.”[12] This concern demonstrates the importance of pioneer mythology in ongoing colonisation, but also hints at the lack of “rootedness” of settlers and settler names, by contrast with the deep histories of Indigenous peoples on the land, and the meaningful names they impart to it.[13] Lynn Creek is a case in point. The first settler name, although in use during the Linns’ tenancy, didn’t last: “Fred Creek,” after Fred Howson, who had pre-empted the land in 1863 and abandoned it shortly thereafter.[14] The Linns may have made more of a mark on local settler memory, but Fred Howson didn’t set a high bar to clear. All told, the Linn family occupied the land for about twenty-one years, and the land was sold for a large sum almost as soon as it became legally possible to do so.[15] When one of the last surviving Linn children was interviewed in 1953, she declared “that she wouldn’t care to go back in the valley to live,” there being “nothing much there to attract her any more.”[16] 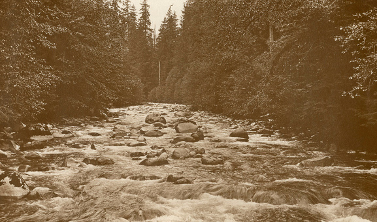 Settler names are imposed on such slim pretenses because they are integral to colonisation, overwriting Indigenous presence on and rights to the land and naturalising settler occupation.[17] In the example of Lynn Creek, as with many other settler re-namings, the Sḵwx̱wú7mesh sníchim (Squamish language) name Xá7elcha (see http://squamishatlas.com/ for pronunciation) refers both to the creek and to the settlement of the Sḵwx̱wú7mesh people who lived there. The renaming of Xá7elcha is therefore an attempt at symbolic and very real erasure, spread over Sḵwx̱wú7mesh, səlil̓ilw̓ətaʔɬ (Tsleil-Waututh), and xʷməθkʷəy̓əm (Musqueam) territories. One settler history remarks that the renaming of Xá7elcha was “a pity,” because Xá7elcha has “a more lilting sound than Lynn.”[18] Not only does this complaint reduce the matter to mere aesthetics, but also the tone of resignation implies the permanency of settler society. But this isn’t history done-and-dusted. If naming is a tool of colonisation, “naming (or renaming)” by Indigenous peoples can also be “a powerful tool of decolonization,” whether preceding or accompanying the return of authority over land.[19]

The author is grateful to Dr. Rudy Reimer for providing clarification regarding First Nations territories, and to the staff at North Vancouver Museum and Archives for facilitating research.

[7] On the colonising role of settler families, including the children of the Royal Engineers—long celebrated in pioneer mythology—see Laura Ishiguro, “‘Growing up and grown up . . . in our future city’: Children and the Aspirational Politics of Settler Futurity and Colonial British Columbia,” BC Studies no. 190 (Summer 2016): 15-37.

[8] See the language in the epigraph. Through its self-mythologisation and its representations of First Nations peoples, The Emigrant Soldiers’ Gazette was in some regards an explicit primer for colonisation.

[14] First Nations and Asian people were excluded by law from the right of pre-emption. Timothy J. Stanley, “Commemorating John A. Macdonald: Collective Remembering and the Structure of Settler Colonialism in British Columbia,” BC Studies no. 204 (2020): 110.

[15] Because John died without a will, “his” property could not be disposed of until his youngest child turned twenty-one.